A favorite story of ours is in 2 Chr. 20, when King Jehoshaphat saw great victory in his nation after a declared time of prayer and fasting on a national level. What is often overlooked is the training that took place in the previous chapters of 2 Chronicles. Jehoshaphat developed the first intercessory missionary team recorded in the Bible.

During the establishment of the army, Jehoshaphat began training the people of Judah in the ways of the Lord, through a massive evangelistic movement. He strategically pulled together an evangelistic team of teachers, worshipers and praying priests to go out to the cities of Judah. He sent out five teachers, nine Levites and two priests into the cities of Judah, whose purpose was to teach the people the Book of the Law and establish worship in the land. They were discipled in the ways of the Lord. These 16 men had the assignment of preparing God’s people for service in His kingdom, civilians and soldiers alike. As a result of their efforts, the fear of the Lord fell upon the surrounding kingdoms “so that they did not make war against Jehoshaphat” (2 Chr. 17:10).

Years earlier, during King David’s reign, 24/7 worship and prayer were established at Mt. Zion, Israel’s governmental seat located in Jerusalem. Following the relational model of the tabernacle, which was staffed with Levite worshipers and priests, King Jehoshaphat took the ministry team out of the four walls of the temple and into the cities of Judah. This brilliant plan prepared an entire people group by training them in the ways of the Lord. Jehoshaphat knew that if everyone understood the word of God and honored His presence that a unified nation would develop.

Imagine if the king’s finest evangelistic outreach team appeared in your city. Imagine that he sent out teachers, worshippers, and priests to train you. That is exactly what the Lord is doing in this hour to prepare us for the battle ahead! He is sending out His word to the inhabitants of the land to equip us for peacetime and war in this day. He is preparing an army full of mighty men and women of valor who are knowledgeable in the ways of the Lord.

Where does all this preparation get us? Well, if we look at the land of Judah, we see that the fear of the Lord fell on all the kingdoms of the lands around Judah. They did not make war against Jehoshaphat! (2 Chr. 17:10) People brought gifts to him. He had all the kingdom resources he could ever want. He was set up to succeed. Like Jehoshaphat, when we follow the instructions and training of the Lord, we are positioned to succeed in establishing His kingdom reign on earth.

Check out our book Preparing for Battle: Developing the Lifestyle of a Victorious Prayer Warrior 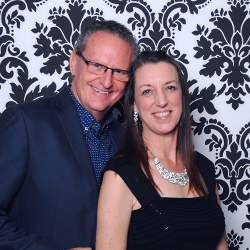